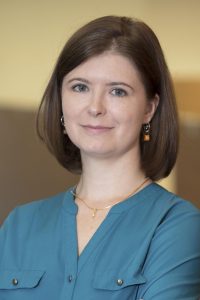 Whether they are building models of cancer cells on computer screens or breaking down genes to see why cancer cells multiply, doctors, scientists and researchers, who have received grants from Terri Brodeur Breast Cancer Foundation, are among an army of people forging ahead to find a cure for breast cancer.

To date, the foundation has awarded $4.4 million to 44 researchers, and next year expects to award four more $100,000 grants — all from money raised during the annual Walk Across Southeastern Connecticut marathon, fundraisers, and donations from the community. One hundred percent of donated money is funneled into research.

And those researchers, mostly young and starting out in their careers, have been chipping away at the mysteries of breast cancer and making advances in detection, treatment and cures.

One of those researchers is Dr. Olga Anczukow, a 2013 TBBCF grant recipient, who now works at Jackson Laboratory for Genomic Medicine and the University of Connecticut Health in Farmington, CT. The work of Anczukow and her team from UConn Health, Jackson Laboratory, Envisagenics and Cold Spring Harbor Laboratory, was published in the Nov. 26 issue of “Cell Reports”.  (UConn Today) They have identified splicing factor genes that direct cellular changes that may play a role in converting normal breast cells into tumors. The splicing, or coding that tells a cell what to do gives the wrong message to breast cancer cells, causing them to multiply.

“Cancer cells are smart. They rewrite the RNA and it messes up its message,” Anczukow said during a recent visit to her office in Farmington. “Some will grow faster, not respond to drugs, move on to other parts of the body or metastasis.”

Sitting at a computer screen and facing a poster that shows “everything you need to know about splicing”, Anczukow is animated in describing her research. To help the layman understand the complicated business of genetic splicing she uses an analogy. Visit the Anczukow Lab.

The DNA in a cell is the original movie script, she said. Only the director sees it. RNA is like the editing step of a movie. And just as scenes are added and deleted while making a movie, RNA edits what cells can and cannot do. That’s called splicing. She and her team are looking at the RNA and trying to work out why it is misdirecting proteins that cause cells to die or multiply. The goal of her work today, she said, is to understand what causes the splicing factors to misbehave in tumors and how that information can be used and eventually develop drug therapies that can help.

She is also studying why people get breast cancer as they age. Working with two students, a postdoctoral student and two research associates trained at Yale and UConn, the team is studying whether splicing changes as you age. They are working on mice models and human tissues collecting preliminary data to link aged-associated breast cancer risk and RNA splicing.

“It’s very exciting work,” said Anczukow, who grew up in Poland reading a lot of detective stories. She liked uncovering clues and solving mysteries. She received a bachelor’s degree in molecular and cellular biology and a master’s degree in molecular genetics and breast cancer at the Universite Claude Bernard Lyon 1 in France. She also earned her PhD in molecular biology and breast cancer at Lyon. She was working at Cold Spring Harbor Laboratory in New York City when she received the TBBCF grant.

She said she ended up at JAX and UConn after searching the world for a place to do her research. She didn’t want to be at a cancer institute, preferring a place with interdisciplinary studies where she could collaborate with other researchers.

“I want everyone to be smarter than me,” she said. “I fell in love with the people here, and the science and the institution.”

The TBBCF grant, which has less restrictions on how the money can be used, enabled her to pursue the intricacies of gene splicing and how it affects breast cancer cells.

Dr. Aaron Meyer, an assistant professor in the Department of Bioengineering at UCLA, was at the Massachusetts Institute of Technology in 2017 when he received a TBBCF grant to study breast cancer that has metastasized to the brain. In the lab, he creates computational models and runs experiments with those models looking at how the cells react and respond to therapies.

He said the $100,000 grant from TBBCF helped get his fledgling lab started and enabled him to pursue his research.

“I can’t emphasize enough how much of a deep and lasting impact this support has been,” Meyer said during a recent telephone conversation from his office in Los Angeles. “It has laid the groundwork for us to use these tools to study breast cancer for many years to come.”

Meyer likens his work to playing with a toy. He creates virtual cancer cells on the computer and manipulates them to try and figure out how the cells respond, like in a game. Some ideas that seem perfect in the lab on the computer don’t always work out in real life, he said. And that is why research grants, like those awarded by TBBCF, are so important.

“One day, we’ll get to the point where everything works,” he said, adding that research is always moving forward, never backward. “You can’t unlearn something.”

Meyer, who comes from a family of engineers, said he always liked taking things apart and trying to figure out how to put them back together. He also credits his high school biology teacher who peaked his interest in science. When he got to college, he saw a major that married biology and engineering. He received his bachelor’s degree in bioengineering from UCLA and his PhD from Massachusetts of Technology. He was an independent fellow at Koch Institute for Integrative Cancer Research at MIT when he received the TBBCF grant.

While biomedical research is slow going, he said there is no way to speed up the process.

“If there were ways to go faster, we would do that, there’s no reason not to,” he said. “Clinical trials are slow. Basically, research is slow. Experiments take a long time.”

“It’s ironic, and disturbing, that at the time of the greatest wave of medical advances in history, government funding for basic research is at historically low levels,” he said. “Fewer than 8 percent of National Institute of Health grant applications receive funding currently, and young investigators are particularly hard-hit during these times. This is our future- we need these new investigators to bring forward their new ideas – to keep pushing the envelope of our understanding of breast cancer and innovative approaches to treating it. This is why the mission of the TBBCF is so important.”

Morin is a member of the foundation’s Scientific Advisory Board that has reviewed hundreds of grant applications since the foundation was started 14 years ago.

“Over the years, some of the most important feedback we receive from our fellows,” he said. They say, ‘Were it not for this support, I may have directed my efforts elsewhere. The foundation cemented my commitment to breast cancer research, and that focus is now paying major returns in terms of research output – data that are changing the way we think about this disease.'”

Dr. Priscilla Brastianos of Central Nervous System Metastasis Center at Mass General, Harvard University in Boston was a young researcher when she received a $100,000 grant from TBBCF in 2012 to study advanced breast cancers at risk of developing metastatic disease to the brain. She lost her mother and grandmother to breast cancer and that inspired her to seek out a cure. Read Dr. Brastianos’ story.

“The Terri Brodeur Breast Cancer Foundation provided us with seed funding to start a high-risk research project to study the molecular alterations in brain metastases from breast cancer,” she wrote in an email. “This research ultimately led to the discovery of therapeutic targets in brain metastases and we have now initiated a national NCI-sponsored cooperative group clinical trial (Alliance A071701) in patients with brain metastases. It is tremendously rewarding to see our findings from the lab translated to the clinic.”

What is uniquely helpful about Terri Brodeur grant is that the foundation is flexible,” he said. “They search out young investigators…. they were searching out someone like me. Every little bit helps.”

Last spring, Michael Garabedian, professor and course director at New York University Medical Center and a founding member of the foundation and its scientific advisory board, encouraged donors to support the research, no matter how slow it seems to be going.

“There’s lots of good science that has come forward because of the foundation,” Garabedian said during the 2019 annual meeting, explaining that the body is like a complicated machine. “We haven’t cured breast cancer yet because we don’t know all the parts, but it will happen.”

The advisory board is reviewing applications for the 2020 grants and is expected to announce the new fellows in January.